Ertuğrul Oğuz Fırat Choir was founded in May 2012. The choir is named after Ertuğrul Oğuz Fırat. Besides his profession as a judge, Fırat was also a painter, a writer and a pioneering composer who had a significant influence on Turkish contemporary music.

The main goals of the choir include interpreting, recording and introducing the works of contemporary composers from Turkey and the world to a broader audience; encouraging the young composers to write choral pieces; and sharing qualified choral music with children and the young through joint educational concerts.

Besides its regular and educational concerts, the choir performed Johannes Brahms’ Ein Deutsches Requiem with Bilkent Symphony Orchestra in May 2015, as a subset of Saygun Philharmonic Choir; recorded Turkish composer Onur Özmen’s song cycle titled as Autumn Wind; performed in the "Lament for the Lake" project and the documentary film which aimed to raise awareness about the drying Lake Burdur; and was honored with the silver diploma in the Cantemus International Choral Festival in 2016. 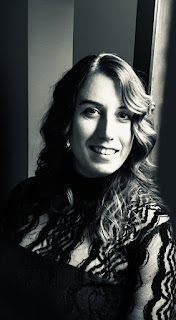 Since 2005, she has been working in Hacettepe University Ankara State Conservatory where she founded choirs with her colleague Atilla Çağdas Değer, carried out numerous projects and prepared two books for children. Other than Ertuğrul Oğuz Fırat Choir, she is conducting Conservatory Choir, Saygun Philharmonic Choir that interpreted works as Requiem (Brahms), Planets (Holst), Nocturnes (Debussy). She is conducting Turkish Radio Broadcast Ankara Youth Choir as well.